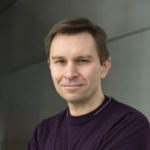 In this episode Ron chats with the brilliant expert in aging Dr. David Sinclair. Here David discusses is work into understanding aging and how to slow it down. He also discusses the safety of different approaches, the importance of eating less frequently, when humans can expect to have their lifespans significantly increased, and more.

David A. Sinclair, Ph.D., A.O. is a Professor in the Department of Genetics and co-Director of the Paul F. Glenn Center for the Biology of Aging at Harvard Medical School. He is best known for his work on understanding why we age and how to slow its effects. He obtained his Ph.D. in Molecular Genetics at the University of New South Wales, Sydney in 1995. He worked as a postdoctoral researcher at M.I.T. with Dr. Leonard Guarente where he co discovered a cause of aging for yeast as well as the role of Sir2 in epigenetic changes driven by genome instability. In 1999 he was recruited to Harvard Medical School where he has been teaching aging biology and translational medicine for aging for the past 16 years. His research has been primarily focused on the sirtuins, protein-modifying enzymes that respond to changing NAD+ levels and to caloric restriction (CR) with associated interests in chromatin, energy metabolism, mitochondria, learning and memory, neurodegeneration, and cancer. The Sinclair lab was the first one to identify a role for NAD+ biosynthesis in regulation of lifespan and first showed that sirtuins are involved in CR in mammals. They first identified small molecules that activate SIRT1 such as resveratrol and studied how they improve metabolic function using a combination of genetic, enzymological, biophysical and pharmacological approaches. They recently showed that natural and synthetic activators require SIRT1 to mediate the in vivo effects in muscle and identified a structured activation domain. They demonstrated that miscommunication between the mitochondrial and nuclear genomes is a cause of age-related physiological decline and that relocalization of chromatin factors in response to DNA breaks may be a cause of aging.