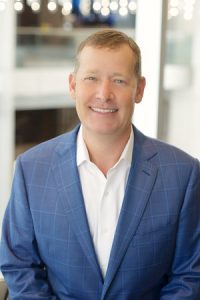 In this episode Ron chats with Dr. Chris Crow. Here Chris does a deep dive into value based care and all of its different forms. Ron helps Chris to break it down in a way that healthcare outsidser, who only think of “value based care” as a hot buzz word, can understand. This episode seperates hype from reality and what is truely possible.

Christopher Crow, M.D. CEO of StratiFi Health and President of Catalyst Health Network, is a nationally recognized healthcare innovator. Dr. Crow created StratiFi Health and launched Catalyst Health Network after founding Village Health Partners and Legacy Medical Village in Plano, Texas in 2007. He is an award-winning primary care physician and has spent the past 20+ years focused on helping communities thrive through improving the delivery of healthcare.

As President of Catalyst Health Network, Dr. Crow has connected and aligned a network of more than 650 Primary Care Providers with nearly 1 million lives across North Texas, to build a better care model for patients that improves health and lowers cost. His work with Catalyst led them to be the first North Texas physician network to hold value-based contracts with the top four major carriers: Aetna, UnitedHealthcare, BCBSTX, and Cigna.

To date (since 2016), Catalyst performed with significant savings of approximately $55 million for the communities they serve.  Additionally, Catalyst became the 5th URAC Clinically Integrated Network in the nation in December 2017. In August 2019, StratiFi Health became 2nd in the nation to earn URAC Accreditation in Case Management with the Transition of Care Designation.

As CEO of StratiFi Health, Dr. Crow has been instrumental in the company’s incredible 5 year growth and success. StratiFi Health serves over 1,300 providers between their population health and practice services offerings. These practices manage well over 1.25 million lives and over $5 billion in annual medical expenditures. In 2018, StratiFi Health was awarded #19 out of 100 fastest growing, privately held companies in North Texas.

Dr. Crow was named Healthcare Innovator of the Year by D CEO Magazine, awarded TAFP Presidential Award of Merit, and Dallas 500 Most Powerful Leaders in North Texas. Additionally, Dr. Crow was name a finalist for the 2019 EY Entrepreneur of the Year Award in the Southwest.