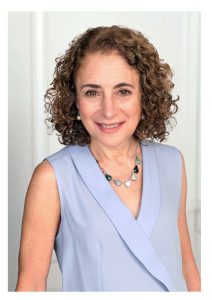 In this episode, Ron chats with Elisabeth Rosenthal, Editor-in-Chief at Kaiser Health News. Here she discusses her career in healthcare journalism and what she views as the most important stories that she has ever covered. She also does a deep dive into the shady practices of some of the bigs and how despite that, there are organizations out there that are doing things right and making a positive difference in American Healthcare. Ron and Elizabeth even discuss some potential topics for her to cover in the future.

Elisabeth Rosenthal, Editor-in-Chief, joined KHN in September 2016 after 22 years as a correspondent with The New York Times, where she covered a variety of beats from health care to environment and did a stint in the Beijing bureau. While in China, she covered SARS, bird flu and the emergence of HIV/AIDS in rural areas. Libby’s 2013-14 series, “Paying Till It Hurts,” won many prizes for both health reporting and its creative use of digital tools. Her book, “An American Sickness: How Healthcare Became Big Business and How You Can Take It Back” (Penguin Random House, 2017), was a New York Times best-seller and a Washington Post notable book of the year. She is a graduate of Stanford University and Harvard Medical School and briefly practiced medicine in a New York City emergency room before converting to journalism.