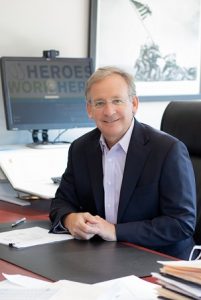 Dr. Bill Wulf is the first physician Chief Executive Officer of COPC, assuming this position in 2013.  Prior to this role, he served as the Corporate Medical Director of COPC for seven years. Bringing over 30 years of leadership in Primary Care delivery he was a leader among the founding physicians that helped establish COPC, Inc. in 1996. COPC, as an independent physician owned organization, has grown to over 430 physicians in 80 locations in central Ohio.

As a board certified internist, he received his Doctor of Medicine from the Medical College of Ohio in Toledo. Dr. Wulf previously operated a private practice in Columbus.